How do you write more clearly?

One great way is to study others’ writing—especially those who goof up. Want to laugh it up and learn? Keep reading!

Ever had an auto accident? You file a claim to pay for repair costs, sending it to an insurance adjustor. These guys have seen it all. One claim read:

“The pedestrian had no idea which direction to go, so I ran over him.”

We all know the claimant did not intend to hit the pedestrian.

“The pedestrian suddenly walked in front of my car, and I had no chance to avoid striking him.”

Or how about this claim:

“I was thrown from my car as it left the road. I was later found in a ditch by some stray cows.”

Of course, the motorist was talking about being found “near” some stray cows, but these bovines have nothing to do with the claim. Rewrite:

“The accident forced me off the road into a farmer’s field. I was thrown from the vehicle and knocked unconscious. Some passersby found me and called 911.”

“I collided with a stationary truck coming the other way.”

A vehicle can’t be stationary and moving at the same time. My rewrite:

“Traveling south down Fifth Street, I lost control of my car and struck a truck parked northbound at the curb.”

And, finally, this doozy:

“I pulled away from the side of the road, glanced at my mother-in-law, and headed over the embankment.”

“I became distracted as I pulled from the side of the road, losing control of my car and heading over the embankment.”

Let’s the mother-in-law off the hook!

So, back to the original question: “How do you write more clearly?”

Clear writing comes with time and patient revision. Writers have to exercise humility. The first draft is only that, just a start, and you build from there. Rewrite with your key message clearly defined and effectively presented. If you don’t, you’ll end up writing an accident claim like this:

“I had been driving for 40 years when I fell asleep at the wheel and had an accident.”

That man needs a nap!

This site uses Akismet to reduce spam. Learn how your comment data is processed.

Booster shot for all of us

Coronavirus: One way to mourn

Chatting with cancer (It all started with chocolate) 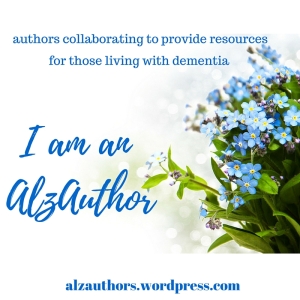